Us grizzled, old-school gamers have waited a very long time for this day: the day that an official Streets of Rage 4 is announced. It was one of those most-wanted sequels that seemed doomed to never happen but as the likes of Shenmue III have proven in recent years, never say never.

Sega themselves aren’t on development duties this time around. That honour falls to a conglomerate of developers/distributers consisting of Lizardcube, Guard Crush Games and Dotemu who – between them – are responsible for the remake of Wonder Boy: The Dragon’s Trap, Irem Arcade Hits and Streets of Fury to name just three projects.

The initial trailer shows SoR mainstays Axel Stone and Blaze Fielding back to doing what they do best: beating the shit out of hoods in an urban 2D environment. Not much is given away but it has to be said that the art style is utterly drop-dead gorgeous as well as completely hand-drawn which is a serious turn-on for me in an age where even 2D fighting games have polygons hidden in the background. 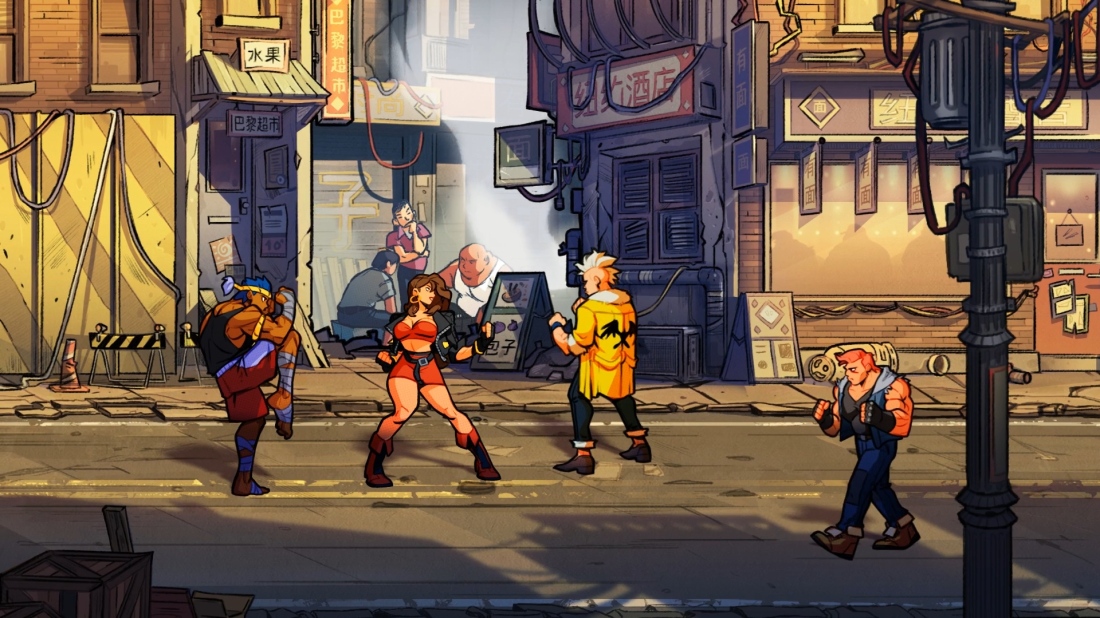 There’s no sign of Max, Adam or any of the other classics as of yet but this is very early days so I see no need to start getting concerned. What I can see is that Blaze looks sexier than ever while Axel’s new facial fuzz has made him look more than a little hobo-esque. But otherwise, the art is beautiful, the animation superb and it’s amazing just to be able to have a brand-new Streets of Rage on the way at last.

The original fourth installment was to be a 3D game back in the 90’s (since going 3D by default was THE law in the 32-bit era) before it hit troubled waters due to a disagreement between developers Core Design and Sega, the game morphing into the lacklustre Fighting Force. A further demo by original SoR developers Ancient was put forward for the Dreamcast but this too came to nothing.

Ironically, it was an unofficial fan-made project that was arguably the greatest sequel to the SoR saga. Streets of Rage Remake was an incredible achievement that fused all of the levels and characters together for a huge, branching game with lots of new features. You could now play as enemies such as Mr.X, Shiva and Electra and mess with the expansive settings to pick and choose the best bits from each of the original games to create a truly enjoyable custom Streets of Rage experience. Sadly, Sega missed a trick by not picking the game up and officially releasing it, deciding instead to put the corporate boot down and ensure that Remake was pulled from the internet which is a shame because many will not have experienced this love letter to a series that Sega (at the time) had left to die in the gutter. I imagine that Remake is still available somewhere however; this IS the internet after all…

Anyway, Streets of Rage 4 certainly has a lot to live up to with both its official and unofficial predecessors raising the bar so high. What I have seen so far looks very promising however and I genuinely cannot wait to get my hands on the game.

Linky Linky to the trailer!