First up, opening packs of trading cards isn’t going to become a regular thing here on this blog. There are sooooo many Youtube channels that already do that sort of thing for example. However, I decided I’d share this one because a) it’s a nice quick post for me to make in between writing something with more substance (hey, at least I’m honest!) b) TCG is probably my main geeky hobby outside of videogames (as already detailed in a previous post) and c) I actually had some mega luck with these three Pharaoh’s Servant packs! 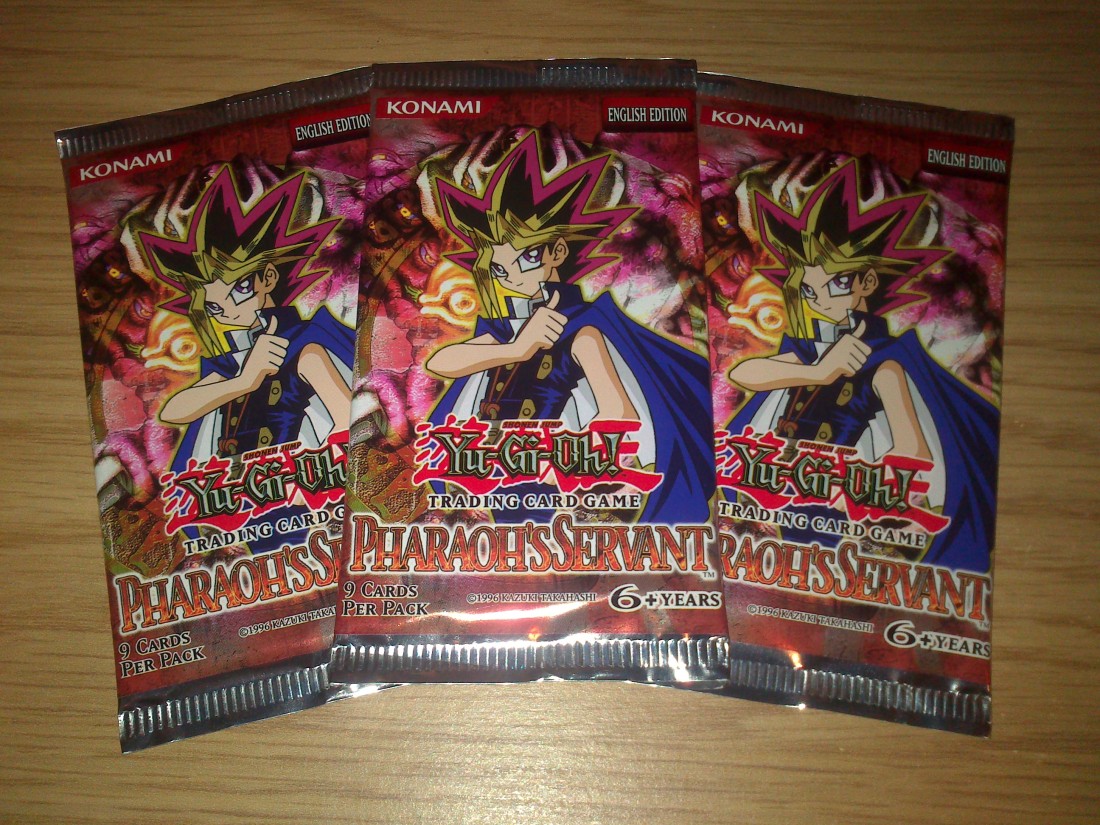 The reason I bought these in the first place is because I’m trying to put together a framed collection of all the original packs from Legend of Blue Eyes to Ancient Sanctuary so I needed an empty Pharaoh’s Servant booster. It was cheaper to buy a set of three on ebay than a single pack so – considering that I’m trying to collect sets of Yu-Gi-Oh cards anyway – that’s exactly what I did. Now, I wasn’t too concerned about my pulls from these packs because I completely expected them to be scaled. “Scaling” refers to the nefarious art of weighing out the slightly heavier boosters from a box which will contain the foils (in theory anyway). The owner of said packs then keeps/opens those ones while selling the others at the full going rate, knowing full well that they have all of the good stuff in the weighed-out boosters. Since booster packs are meant to be pot luck anyway, there’s no way of knowing whether this has happened to you unless of course, you purchase a sealed box and get no foil cards at all!

So with these lowly expectations in mind, I was pretty damn pleased to find an Ultra Rare Thousand-Eyes Restrict inside the first pack I opened!

This pull was even sweeter considering that it was one of the foil cards missing from my PSV full set collection which is probably over 80% finished at this point with the majority of Super and Ultra Rare cards already in the binder. Seriously pleased!